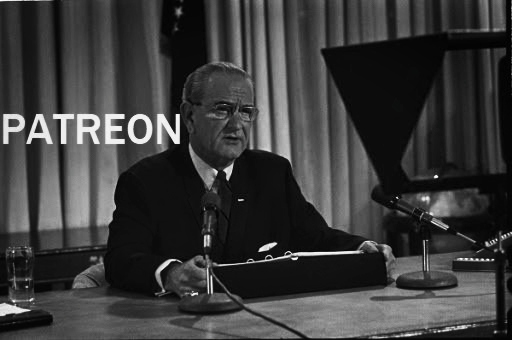 Now you can support My History Can Beat Up Your Politics on Patreon. Support the show, help us keep great content going and get extra stuff.

You’ll get extra episodes, including

DRAFT JOHNSON – Did Johnson Really Want to Run in 1968? His Speech Says One Thing, His Actions (and Some Allies) Say Another – Bruce investigates the Ins and outs of this is an upcoming episode

For as low as $3 dollars a month, memberships include the Premium Podcast. The Premium Podcast will continuously feed past episodes of My History Can Beat Up Your Politics to your iTunes, Podcast Addict, or other device that allows you to manually subscribe to a feed.

[Want to donate once, but not join the Patreon – do that here.]