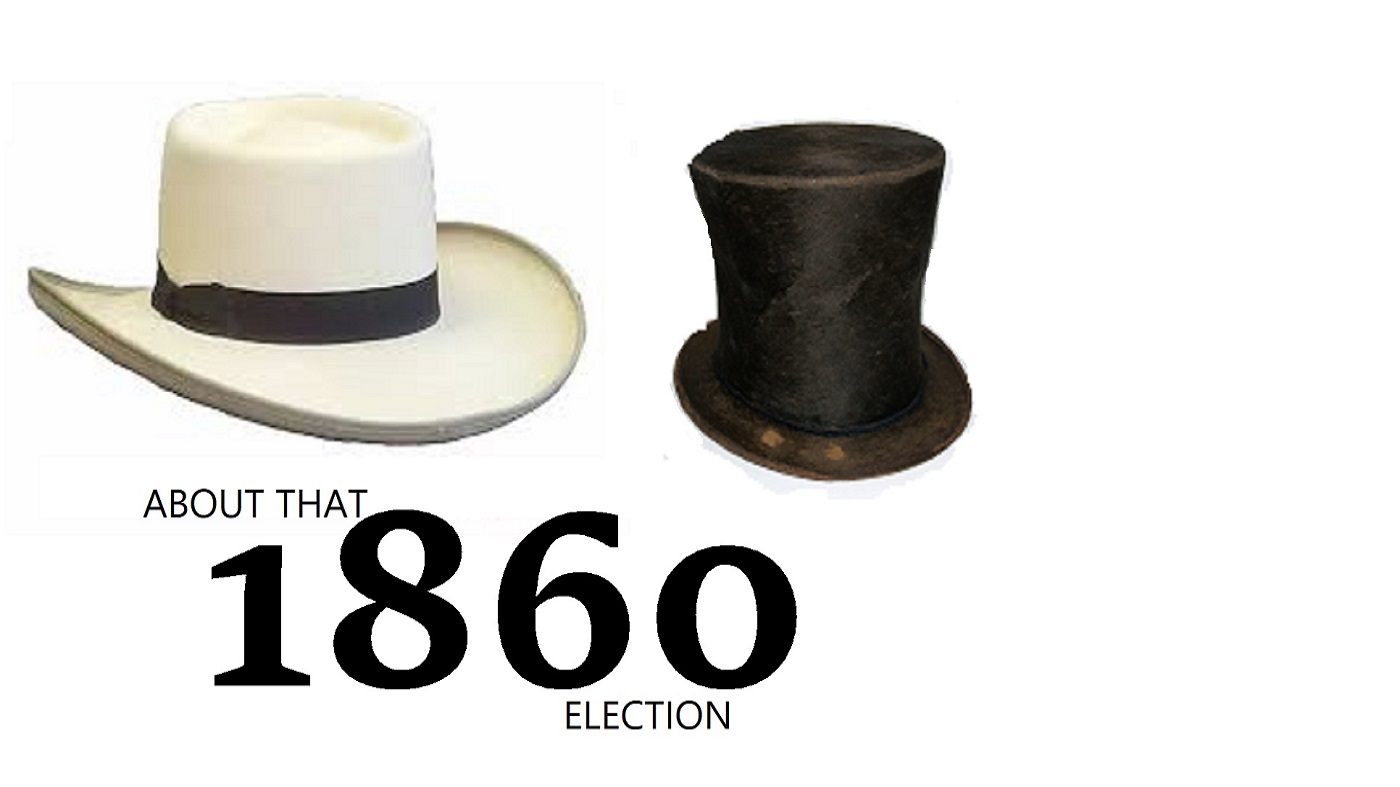 Abraham Lincoln running against…Sam Houston? It is not a far-fetched idea that Abraham Lincoln might have faced Texas hero Sam Houston in the election of 1860, as he  was under serious consideration to be the Whig Union candidate in what became a four-way Presidential election of 1860.  And he would have been a formidable challenger. Except backroom candlelight politics ended Houston’s presidential dreams.

Also, how Lincoln benefited from “woke” political “armies,” and how an old enemy helped him beat off a third party annoyance, how two slaveholder candidates got into a debate about who was the bigger slaveholder, how a houseless man sought the Presidency, how the Democratic Party in several states tried to eliminate the split right before the election to beat Lincoln, and how Lincoln and the Republicans won.